The is now recruiting a new brand of Jihadists with a criminal record. The suicide bombers in Brussels and those of the November 2015 Paris attack were ex-convicts. Two of the suicide bombers in Brussels were brothers of which one had been convicted of assault and bank robbery while the other was involved in a carjacking. These new recruits are both gangsters and terrorists. The Lantin Prison is one of Belgium’s largest prisons meant to serve as a short stay prison for those awaiting trial or sentencing. It is said by the Brussel investigators that it was here in the prison walls that Ibrahim el-Bakraoui was transformed from a criminal to a violent Jihadist. 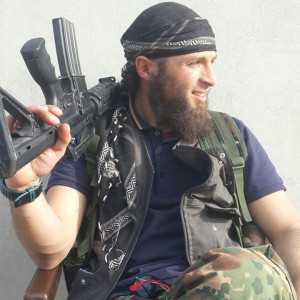 Massay an ex-social worker who became a prison guard 5 years ago states his observation in the French prisons. Being a gentle and empathetic person he can identify those radical prisoners who try to radicalize inmates by imparting that they are being mistreated. Massay qualified his Master’s degree in criminology and focuses on terrorism, radicalization and school bullying. He can identify these elements by the choice of books they read and recommend to fellow inmates and sometimes even to other prison guards. Prison guards are expected to report incidents of radicalization but most fail to distinguish between radicalization and a person merely trying to rediscover .

Luk Vervat a prison reform activist who taught Dutch and English in Belgian prisons says that discrimination is the root cause of radicalization and people turning to terrorism. A person even if born in Belgium has brown skin, is discriminated as a foreigner. Brussels has very little jobs to offer and employers usually hire people who look like they belong together. Minority communities for lack of socio-economic security turn to criminal activities like drug dealing and cigarette sales. It is said that Ibrahim Abdeslam a suicide bomber in the November Paris attack met one of the main attack plotters, Abdelhamid Abaaoud in Prison.

Read More : Zika Virus May Be Linked To Guillain-Barre